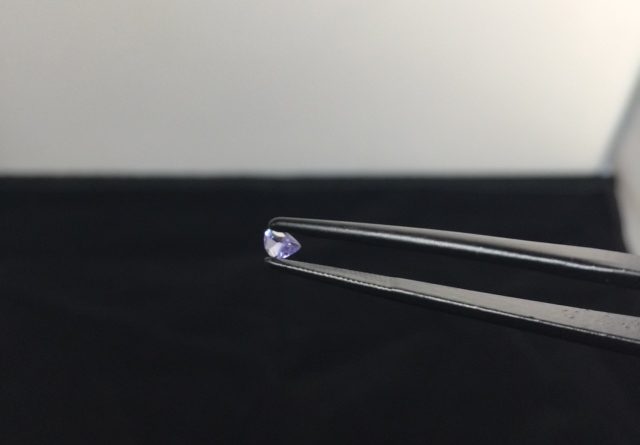 Tanzanite is a variety of zoisite (a mineral which consists of mostly silica, calcium and aluminum) which, before heat treatment, is usually brownish in color.  Gem-quality Tanzanite was discovered in northern Tanzania in 1967, and has never been discovered anywhere else on earth.   Once it was established that Tanzanite was not sapphire, and was in fact a previously undiscovered form of zoisite (zoisite, up until that time was only known in a green opaque green form and was primarily only used in carvings) it quickly became very popular.

Tanzanite owes its name to Tiffany & Co., who gave it its name and began to promote it.  Tiffany & Co. used large, fine-quality Tanzanites as an alternative to blue sapphire, which was fairly scarce at the time.

Tanzanite nearly always owes its color to heat treatment, as 95 percent of Tanzanites are a shade of brown when they are mined.  The trace element in Tanzanite is vanadium.  When heated to approximately 1100 to 1200 degrees, Tanzanite will turn to its familiar blue color.

Tanzanite comes in a few different shades, but industry standard is a pure blue that rivals that of fine sapphire, or an intense violetish-blue that is specific to Tanzanite.  A less valuable shade, but one that is still popular, is a bluish purple bodycolor.

Tanzanite shows pleochroism, which means that it can show different colors from different angles.  Cutters have to look at all angles to decide which way to cut Tanzanite.  Cutters often have to choose between cutting to emphasize a bluish purple color (which usually wastes less rough) to cutting to emphasize the pure blue or violetish blue color (which usually yields a smaller stone and wastes more rough).  For this reason, there are more bluish purple Tanzanites on the market – cutters will often choose to cut a bigger stone.

Tanzanite is a 6 to 7 on the Mohs scale.  This is partly because it has one direction of cleavage.  If you plan to buy a Tanzanite to wear daily in a ring, it is a very good idea to consider a bezel setting, which would protect it better.  Tanzanite is ideal for pendants and earrings because they have less chance of being damaged by striking them against another surface.  Tanzanite comes in many different shapes, such as cushion, octagon or trillion, and is usually faceted.

Since its discovery, Tanzanite production has been through many different cycles.  Political instability in Tanzania has at times affected the market, as the government at one point in the 1970s regulated the amount of Tanzanite it would send into the marketplace, which in turn made prices prohibitively expensive and consumers lost interest.  Then, in the 1980s, the Tanzanian government lost control of the mining area, and independent miners were able to flood the international marketplace with all qualities of Tanzanite.  Prices then dropped due to the plentiful supply.

Tanzanite continues to be popular, especially in the commercial-quality market, but tends to be even more popular at times when blue sapphire is rare.  With the discovery of blue sapphire in Madagascar in the 1990s, the market tended to shift back to sapphire because it is a more durable stone.

Does Tanzanite capture your imagination?  Do you have a favorite piece of Tanzanite jewelry?  I’d love to hear about it!